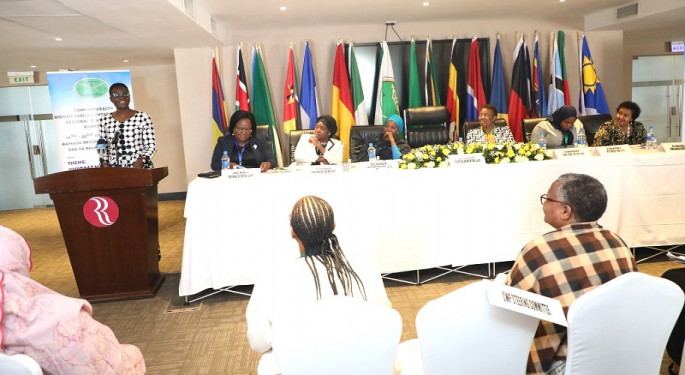 NATIONAL Assembly Speaker Dr. Tulia Ackson pointed out, yesterday, that while Commonwealth countries are keen to increase the number of women in parliaments, the focus should also be on having female legislators who would make meaningful contributions and differences.

"It's not the question of just having more women in the Parliament but women who capable of making differences, making their contributions more meaningful while in the Parliament," Dr. Ackson argued.

She made remark when officiating the regional sensitization workshop in Dar es Salaam for Commonwealth Women Parliamentarians (CWP).

The workshop, which brought together women Mps from Commonwealth member states in the region, is aimed at discussing challenges and a way forward to increase the number of women in the legislature.

"The focus should now be on how women can have meaningful participation, we must show the difference. It's how we impact the society, it's not the matter of how we appear," she challenged women lawmakers.

Despite gains, women continue to be under represented in the Commonwealth countries, with Dr. Tulia arguing that there was a still a long way to go in achieveing gender parity in Parliament.

She told the participants to use the two-day workshop effectivelly for sharing experiences to help and see how countries could work to increase the number of women.

"I believe you will be sharing experiences for inspiration. Look at challenges in positive way, look at them as opportunity to increase the number of women in the Parliament," she urged, citing the Sustainable Development Goal (SDG) Number 5 as their benchmark.

"We in Tanzania have women account for more than 30 per cent of Mps. Participants will hear and learn experiences from Rwanda which has reached more than 60 per cent. We shoukd redouble efforts to increase the number of women and strenthening women's leadership role. This will give more trust to women to sit in decision making organs," she added.

The Speaker explained that President Samia Suluhu Hassan has shown commitment to the agenda of gender equality.

Since she came in power, President Samia has been empowering women to hold high leadership posts in the government.

Currently, out of total 25 ministers, 9 are women while 37.4 per cent of all judges in the country are women.

Earlier, CWP Chairperson for international and Africa, Dr. Zainab Gimba explained that the workshop aimed at creating awareness over continued segregation of women in participation in the Parliament.

"I urge all participants to take advantage of the workshop to deliberate on ways to increase women in Parliament," she appealed.

On her part, UN Women Country representative, Ms. Hodan Addou, told the women MPs that they have crucial role in increasing more representatives the House so thag countries could attain 50/50 ratio as agreed in the UN.

"MPs should take the lead in making inclusive society. Through your work and partnerhip with UN women," she said.

She said, however, over the last decades countries have witnessed increased women representation.