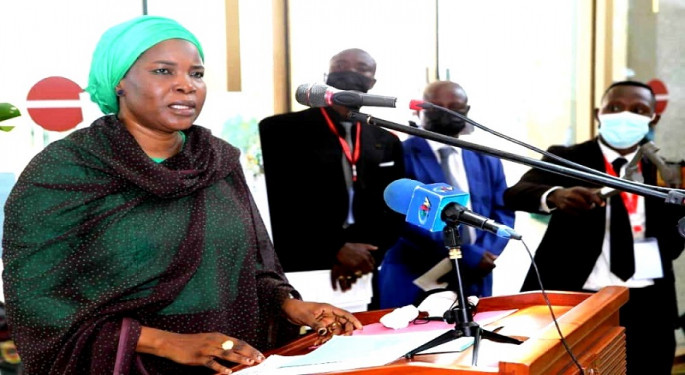 Today, l stand here to express our deep sadness, on behalf of the Commonwealth Parliamentary Association, the CPA International Executive Committee and the entire CPA family, on the demise of our Chairperson, Her Excellency Hon. Emilia Monjowa Lifiaka, MP, the Deputy Speaker of the National Assembly of this great country - the Republic of Cameroon.

Her Excellency the late Hon. Emilia Monjowa Lafiaka, as a CPA Chairperson and a Commonwealth Parliamentarian, was a woman of many qualities, she was a bridge-builder, a consummate advocate of women issues, She was the driving force of the Commonwealth Women Parliamentarians (CWP) and the CPA Small Branches network. She served the Association with such great diligence, dedication, and dignity.

Her commitment and passion got her elected as the Chairperson of the CPA Executive Committee in November 2017 at the 63rd Commonwealth Parliamentary Conference in Dhaka, Bangladesh, having previously served in the following various capacities as the CPA Vice-Chairperson between 2016-2017, a CPA Africa Regional Representative from 2015-2017, the Conference Coordinator of the 60th Commonwealth Parliamentary Conference held in Cameroon in 2014, and from 2017, she became the Coordinator of CPA International activities for the National Assembly of Cameroon.

Her Excellency Hon. Lifaka showed profound commitment and visionary leadership during her time as Chairperson of the Association by providing a platform for Commonwealth Parliamentarians to speak with one voice, the voice to change the stereotypes about women’s issues.

She was a woman with many striking personalities, an amiable character, a solution provider, an embodiment of humility, very passionate in what she believes in and an averred believer in the capacity of the women to break all frontiers.

Her Excellency the late Hon. Emilia Monjowa Lifaka’s unassuming character endeared her to the hearts of CPA members, the staff, our partners and other stakeholders, she will be greatly missed by the CPA and CWP families.

However, as we mourn our beloved fellow Parliamentarian, our colleague, our sister and friend, let us be comforted by the words of Ralph Waldo Emerson that "it is not the length of life but the depth of it" - she came, she saw, and she made an indelible mark on the sand of time, her life is worthy of homeric song.

Please allow me to convey our deepest sympathies and condolences to her family. To her constituency that she represented in the National Assembly, please take heart. And to the Hon. Speaker and colleagues here in the National Assembly of Cameroon please be comforted that she bestrode this country, this continent and this globe like a colossus and made an impressionable print not to be forgotten.